Within the vast Languedoc vineyard, Altugnac is now 110 hectares in the Limoux appellation area in the Haute-Vallée de l’Aude. This specific region is located in the extreme southwest of the Languedoc vineyard, at the foot of the Pyrenees, in an area where Mediterranean and Atlantic climatic influences combine.

The vines are located on terroirs with an altitude of between 200 and 600 meters, which allows the summer heat to be tempered. This zone of climatic confluence enjoys both optimum sunshine due to the Mediterranean influence; cool nights due to the proximity of the Pyrenees, good ventilation generated by the Tramontana and a balanced rainfall thanks to the contributions ocean entrances. In terms of grape varieties, chardonnay, mauzac and sauvignon dominate for the whites while pinot, merlot, cabernet franc and syrah share the kingdom of reds.

Our vines are located in the neighboring towns of Antugnac and Montazels. They are divided into six large islands characterized by different situations, exposures and soils. These different terroirs enhance the expression of the grape varieties and increase the options for blending.
Around the Estate, at village level, the clay-limestone soils are covered with numerous marine fossils called turritelles. At an altitude of around 300 meters, the temperatures are higher there than on the slopes, which favors earlier maturities, which are interesting for the red grape varieties in terms of substance and roundness. 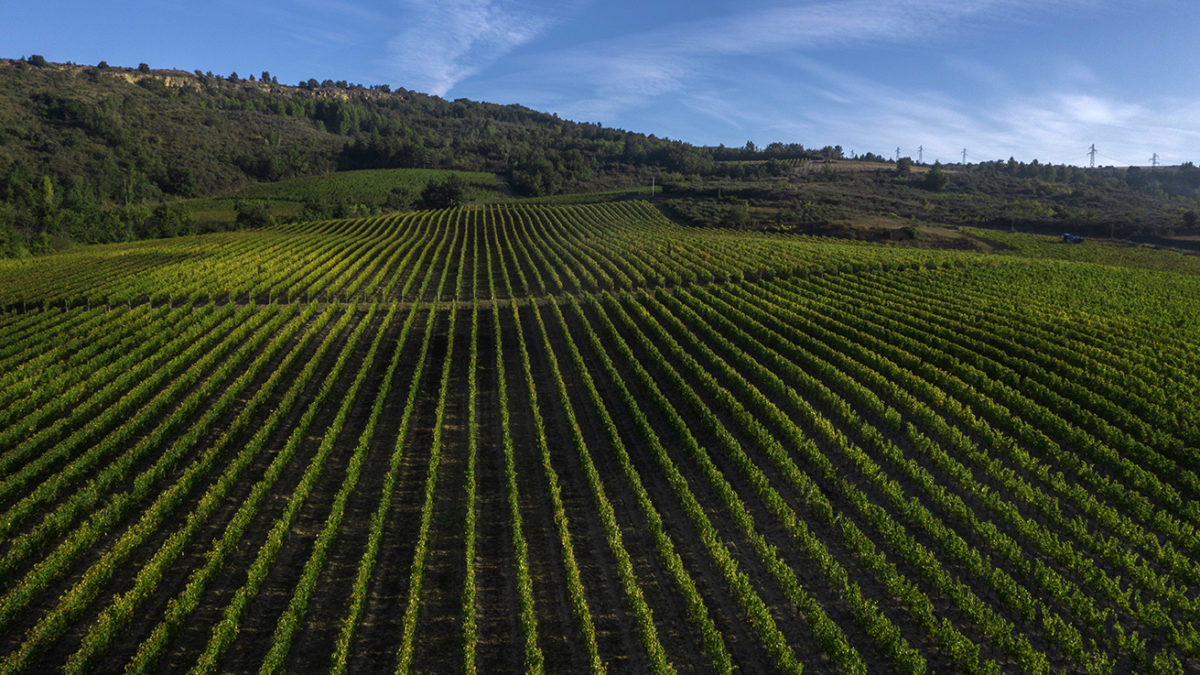 The Subitre sector is located on a higher plateau (350 to 500 meters above sea level) and consists of large hillsides facing south and rather windy. The soils are clay-limestone, very stony, shallow, with flat stones. There are white grape varieties (Chardonnay, Sauvignon, Chenin) as well as Cabernet.

The Las Gravas sector forms a homogeneous whole of 8 hectares planted with Chardonnay and exposed to the south. It is a plateau located at an altitude of 400 meters, surrounded by a case of holm oaks. This terroir is unique to Antugnac. Clay and limestone, the subsoil is indeed covered with a gravelly surface layer composed of black earth rich in schist debris. The fresh air from the Pyrenees effectively counteracts the heat of the sun, allowing harvesting at cool temperatures. Here the grapes are used in the composition of white Limoux: “Terres Amoureuses” and “Las Gravas”. 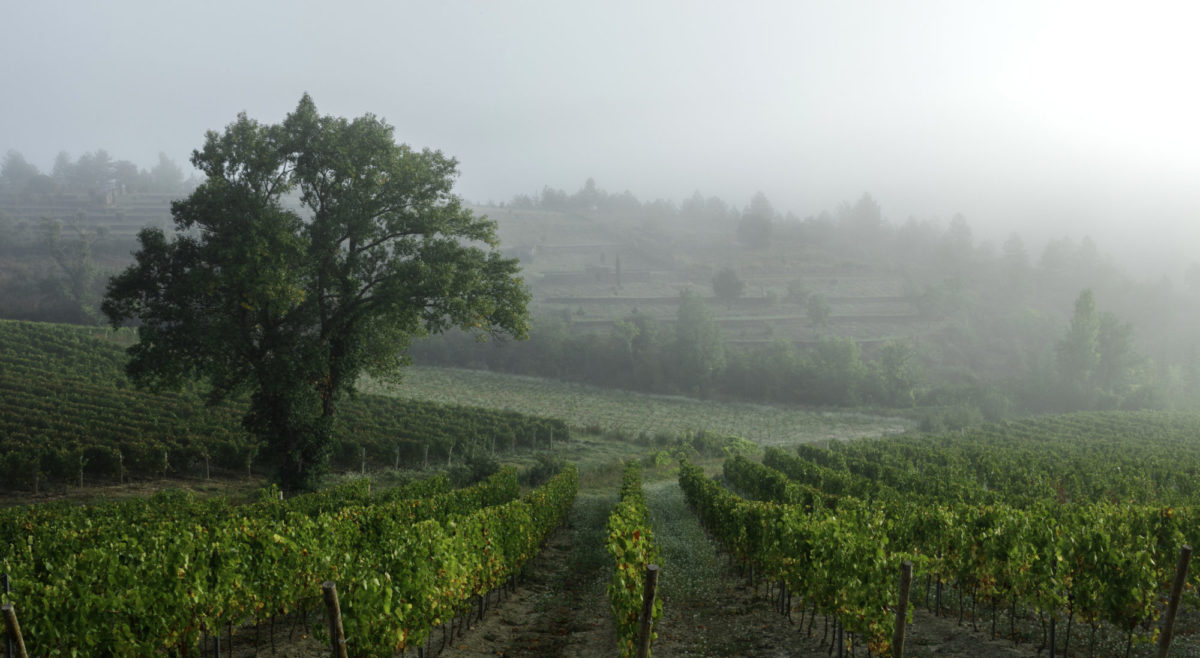 The Planal sector enjoys the highest position, between 430 and 500 meters above sea level. The brown soil contains flat stones and sometimes pebbles. We observe in this sector the same characteristics as in Gravas that means a southern exposure, good ventilation and a strong sensitivity to the influence of the mountains.

The Plats sector, located in Montazels, is much warmer and earlier. The stony soils made it possible to build a lot of “cadoles” and dry stone walls. It is planted with red grape varieties (Merlot, Cabernet) but also with a large area of ​​old Mauzac, a late grape variety that reaches great maturity here.

Pradelle count 9 hectares of vines facing south. It is located at the foot of the cliff of Subitre; the nature of the soils is similar there, but they are deeper and less stony. The climate is warmer. There are red grape varieties (Syrah, Malbec, Merlot) and Chardonnay.